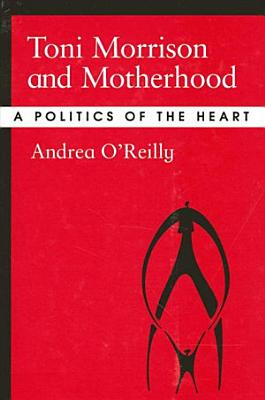 Traces Morrison's theory of African American mothering as it is articulated in her novels, essays, speeches, and interviews. Traces Morrison’s theory of African American mothering as it is articulated in her novels, essays, speeches, and interviews. Mothering is a central issue for feminist theory, and motherhood is also a persistent presence in the work of Toni Morrison. Examining Morrison’s novels, essays, speeches, and interviews, Andrea O’Reilly illustrates how Morrison builds upon black women’s experiences of and perspectives on motherhood to develop a view of black motherhood that is, in terms of both maternal identity and role, radically different from motherhood as practiced and prescribed in the dominant culture. Motherhood, in Morrison’s view, is fundamentally and profoundly an act of resistance, essential and integral to black women’s fight against racism (and sexism) and their ability to achieve well-being for themselves and their culture. The power of motherhood and the empowerment of mothering are what make possible the better world we seek for ourselves and for our children. This, argues O’Reilly, is Morrison’s maternal theory—a politics of the heart. “As an advocate of ‘a politics of the heart,’ O’Reilly has an acute insight into discerning any threat to the preservation and continuation of traditional African American womanhood and values ... Above all, Toni Morrison and Motherhood, based on Andrea O’Reilly’s methodical research on Morrison’s works as well as feminist critical resources, proffers a useful basis for understanding Toni Morrison’s works. It certainly contributes to exploring in detail Morrison’s rich and complex works notable from the perspectives of nurturing and sustaining African American maternal tradition.” — African American Review “O’Reilly boldly reconfigures hegemonic western notions of motherhood while maintaining dialogues across cultural differences.” — Journal of the Association for Research on Mothering “Andrea O’Reilly examines Morrison’s complex presentations of, and theories about, motherhood with admirable rigor and a refusal to simplify, and the result is one of the most penetrating and insightful studies of Morrison yet to appear, a book that will prove invaluable to any scholar, teacher, or reader of Morrison.” — South Atlantic Review “...it serves as a sort of annotated bibliography of nearly all the major theoretical work on motherhood and on Morrison as an author ... anyone conducting serious study of either Toni Morrison or motherhood, not to mention the combination, should read [this book] ... O’Reilly’s exhaustive research, her facility with theories of Anglo-American and Black feminism, and her penetrating analyses of Morrison’s works result in a highly useful scholarly read.” — Literary Mama “By tracing both the metaphor and literal practice of mothering in Morrison’s literary world, O’Reilly conveys Morrison’s vision of motherhood as an act of resistance.” — American Literature “Motherhood is critically important as a recurring theme in Toni Morrison’s oeuvre and within black feminist and feminist scholarship. An in-depth analysis of this central concern is necessary in order to explore the complex disjunction between Morrison’s interviews, which praise black mothering, and the fiction, which presents mothers in various destructive and self-destructive modes. Kudos to Andrea O’Reilly for illuminating Morrison’s ‘maternal standpoint’ and helping readers and critics understand this difficult terrain. Toni Morrison and Motherhood is also valuable as a resource that addresses and synthesizes a huge body of secondary literature.” — Nancy Gerber, author of Portrait of the Mother-Artist: Class and Creativity in Contemporary American Fiction “In addition to presenting a penetrating and original reading of Toni Morrison, O’Reilly integrates the evolving scholarship on motherhood in dominant and minority cultu

Toni Morrison ON Mothers and Motherhood

Authors: Lee Baxter
Categories: Literary Criticism
This collection of essays explores the gamut of Toni Morrison’s novels from her earliest to her most recent. Each of the essays examines the various ways in w

Authors: Zita Rarastesa
Categories: Self-Help
This book discusses Toni Morrison's Beloved and attempts to explain the healing process of black people in the United States from the pain of slavery. Using bla

Toni Morrison on Mothers and Motherhood

Authors: Lee Baxter
Categories: Motherhood in literature
This collection of essays explores the gamut of Toni Morrison's novels from her earliest to her most recent. Each of the essays examines the various ways in whi

Motherhood in the Novels of Toni Morrison

Authors: Pelagia Goulimari
Categories: Literary Criticism
Toni Morrison's visionary explorations of freedom and identity, self and community, against the backdrop of African American history have established her as one

Authors: Andrea O'Reilly
Categories: Social Science
In feminism, the institution of mothering/motherhood has been a highly contested area in how it relates to the oppression of women. As Adrienne Rich articulated