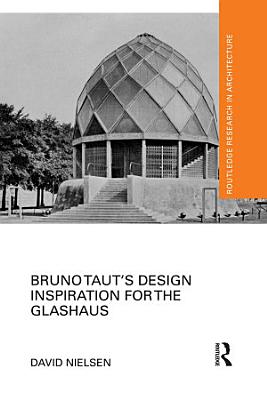 As a formative exemplar of early architectural modernism, Bruno Taut’s seminal exhibition pavilion the Glashaus (literally translated Glasshouse) is logically part of the important debate of rethinking the origins of modernism. However, the historical record of Bruno Taut’s Glashaus has been primarily established by one art historian and critic. As a result the historical record of the Glashaus is significantly skewed toward a singlular notion of Expressionism and surprisingly excludes Taut’s diverse motives for the design of the building. In an effort to clarify the problematic historical record of the Glashaus, this book exposes Bruno Taut’s motives and inspirations for its design. The result is that Taut’s motives can be found in yet unacknowledged precedents like the botanical inspiration of the Victoria regia lily; the commercial interests of Frederick Keppler as the Director of the Deutche Luxfer Prismen Syndikat; and imitation that derived openly from the Gothic. The outcome is a substantial contribution to the re-evaluation of the generally accepted histories of the modern movement in architecture.

Authors: S. Hernandez
Categories: Technology & Engineering
Throughout history, many leading thinkers have been inspired by the parallels between nature and human design, in mathematics, engineering and other areas. Toda

The Age of Glass

Perspectives on Research Assessment in Architecture, Music and the Arts

Authors: Fredrik Nilsson
Categories: Architecture
Research in the creative fields of architecture, design, music and the arts has experienced dynamic development for over two decades. The research in these prac

William Lethaby, Symbolism and the Occult

Authors: Amandeep Kaur Mann
Categories: Architecture
This book delves into the life and work of architect William Richard Lethaby (1857–1931) and his relationship with the occult and alchemy, in particular. Usin

Authors: Meltem Ö Gürel
Categories: Architecture
Mid-Century Modernism in Turkey studies the unfolding of modern architecture in Turkey during the 1950s and 1960s. The book brings together scholars who have ca