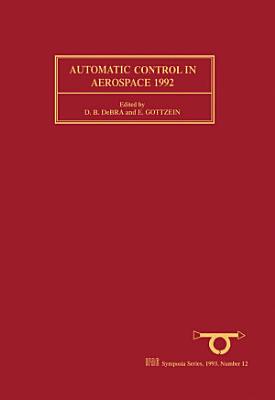 Space vehicles have become increasingly complex in recent years, and the number of missions has multiplied as a result of extending frontiers in the exploration of our planetary system and the universe beyond. The advancement of automatic control in aerospace reflects these developments. Key areas covered in these proceedings include: the size and complexity of spacecrafts and the increasingly stringent performance requirements to be fulfilled in a harsh and unpredictable environment; the merger of space vehicles and airplanes into space planes to launch and retrieve payloads by reusable winged vehicles; and the demand to increase space automation and autonomy to reduce human involvement as much as possible in manned, man-tended and unmanned missions. This volume covers not only the newly evolving key technologies but also the classical issues of guidance, navigation and control.